You are here: Home / energy 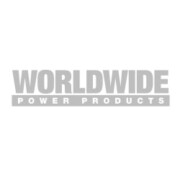 Approximately one-third of the Chilean government’s revenue comes from the country’s copper mines, according to National Geographic. The country holds nearly one-quarter of the world’s copper reserves. While other minerals like gold, silver, and aluminum are also mined in Chile, copper is the main attraction. In 2010, Chile produced 5390 metric tons of copper, a slight increase from 2009 production. Much of Chile’s copper is mined by the national copper mining company, Codelco; international firms account for some copper production. In 2011, Chile earned over $40 billion> from the mining industry as a whole and employed approximately 610,000 people directly and indirectly.

Because mines are often in remote sites, they often require access to natural gas pipelines or electric grids. Mining generators provide most of the mines’ operating power. In fact, diesel mining generators provide approximately 72 percent of power at mining sites, helping power drills, excavators, and shovels. Diesel is a favored fuel in the mining industry because it’s less volatile than natural gas.

Without generator power, miners would have to perform more of the difficult labor by hand. Not only would mining take longer, the supply and demand of these resources would become much more challenging. At Worldwide Power Products, we supply generators to mining companies in Chile and throughout South America. We offer a large inventory of both new and used generators, and are even able to help set up financing on the global market.

Relatively recent discoveries of copper deposits at Sur, near the Chilean capital of Santiago, could hold approximately 2.1 billion tons of copper ore, according to British mining conglomerate Anglo American. Through a 1978 deal, national firm Codelco gets the opportunity to exercise buy-in rights to Anglo American’s Chilean mining sites every three years. In October 2011, Codelco decided to buy in; however, executives low balled their offer, discounting the large Sur deposits. Not willing to let profit slip away, Anglo American turned around and made a better deal with Mitsubishi. The Sur conflict will be taken up by Chile’s legal system; the findings in this case could have implications for other international companies hoping to get in on the Chilean copper reserves.

The vastness of Chile’s resources guarantee copper mining for another century, and ensure the country a stable economy and good job prospects. With this wealth comes responsibility to operate mines safely. The second anniversary of the Chilean mine collapse occurred last week. Perhaps officials were lax in the past because copper plays such an important role for the country’s finances. Do you think Chile has learned the lessons from the mine collapse and is applying them correctly? Or do the legal woes spell a different headache for the South American powerhouse?

In a June 2009 Energy Information Administration study, nearly two-thirds of American oil was imported from overseas. Alaska contributed just 11 percent of domestic oil, with various oil fields in the continental U.S. supplying the rest. Just three years later in 2012, the U.S. is producing 38% of its own oil domestically, and taking measures to reduce dependence on gas and oil.

What’s the major difference between 2009 and 2012? Shale oil and gas. Okay, shale oil isn’t exactly new: In the 19th century, shale oil plants were built. However, crude oil is easier to extract, so as more crude oil deposits were found–and extracted–shale oil plants shut down. With the cost and scarcity of oil, America and other countries have gotten back into shale oil and gas. And America holds vast shale oil reserves–nearly as much as the world’s existing oil reserves, according to the Government Accountability Office.

Shale natural gas reserves have drastically cut the price of natural gas in America, making it incredibly cheap. These natural gas and oil reserves have the potential to transform America from a country weak in energy into an energy-rich nation. The explosion in natural gas led General Motors to develop two trucks that run on ng, improving fuel efficiency and cutting oil dependency. And long-haul trucks that fuel up with gas instead of oil save substantially at the pump. While LNG pumps might not be at every truck stop from California to Maine, they will be soon.

Proponents say America can step up oil exports, effectively turning the energy boom into cold cash that just may help the economy recover, create jobs, and foster innovation. Financial giant Citigroup estimated that shale oil could grow the U.S. GDP by 0.5 percent a year for the near future. This growth could make energy investment the type of expense that gives back substantially.

Not everyone is gung-ho on shale oil and gas, however. Critics claim the boom is slowing down–and with it, the potential for economic growth. A Credit Suisse report noted that we can expect those rapid-fire increases in shale production to slow. Sure, shale oil and gas production will still be substantial, but the boom-level growth of recent years might just be a flash in the pan. Meanwhile, states struggle to regulate shale oil and gas production, fuel taxes, and other issues; many areas also deal with protests from residents who don’t want fuel extraction in their backyard. This type of bureaucracy has the potential to slow the pace of innovation.

What’s your take on the promise of shale oil and gas? Has it peaked or is the real boom just beginning?