You are here: Home1 / About Us2 / Management Team 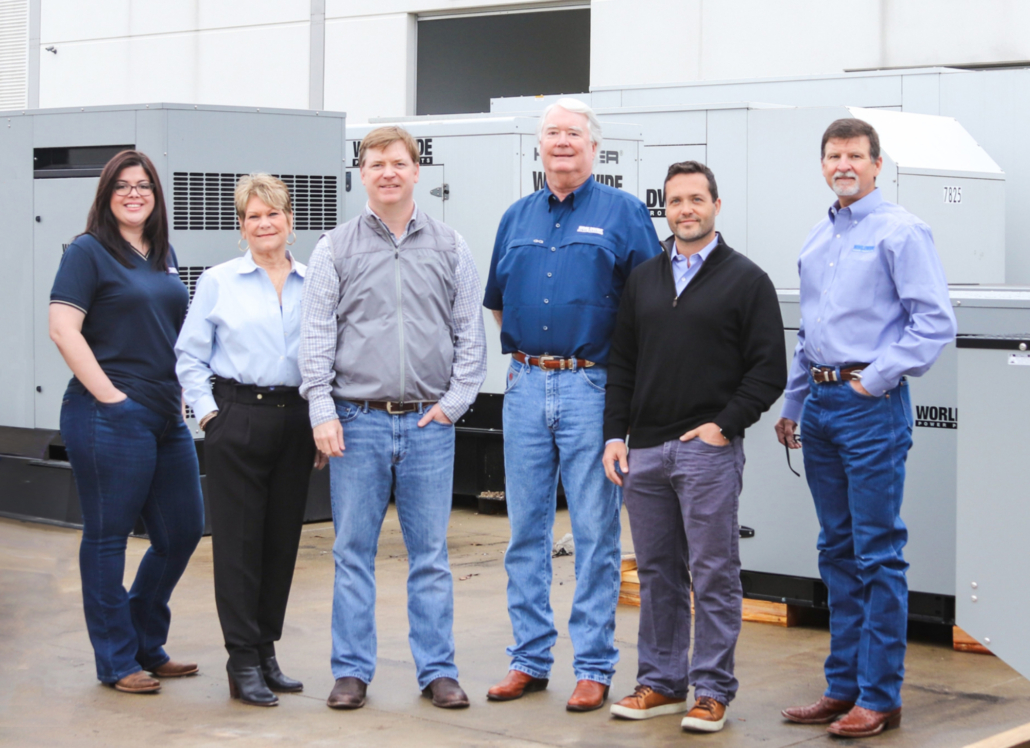 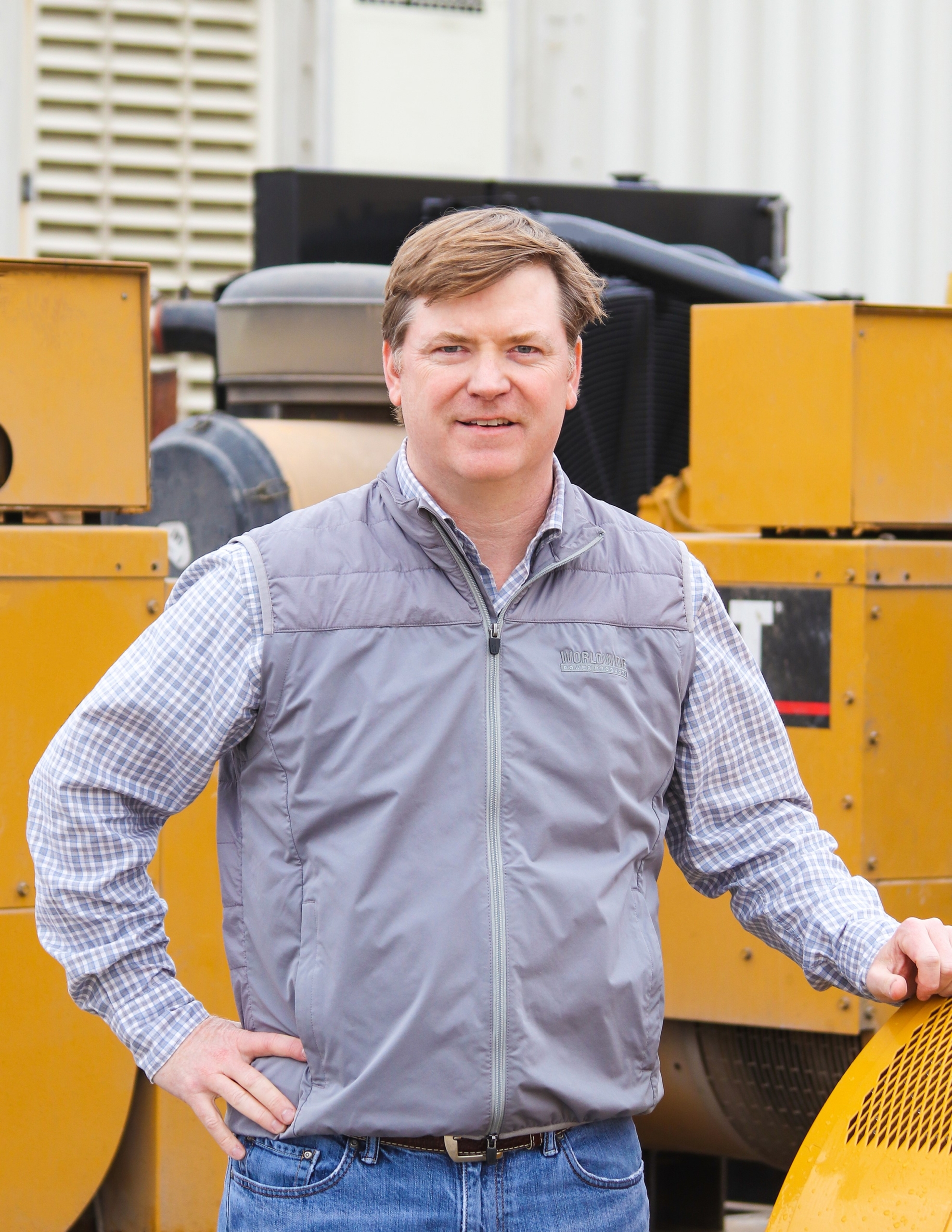 Will Perry is the CEO of Worldwide Power Products, the power-generation equipment provider he founded out of a spare bedroom in his townhouse in 2008.  Perry led the Worldwide Power Products team to be named one of Forbes Magazine’s 100 Most Promising Companies in 2011 as well as earning a spot in the Inc. 5000 Fastest Growing Companies in America for four consecutive (2012-15) years.

Today, Perry oversees many aspects of the organization, but his role is primarily focused on key customer and vendor relationships as well as inventory acquisition and growth opportunities.

Prior to founding WPP, Will was the leading salesperson for another power generation company. While there he helped them establish worldwide relationships, completing business transactions internationally with dozens of firms.

A life-long entrepreneur, Perry started his first business when he was in high school.  Later, while completing his degree in Economics at The University of Texas at Austin, he developed and operated several small businesses.

Perry has been recognized by the Entrepreneurs Organization (EO) as Houston’s Entrepreneur of the Year (2011-2012), and by the Houston Business Journal as one of Houston’s 40 under 40 (2012). He currently serves on the board of several community and professional service organizations including Bridges To Life and is an active member of Young Presidents Organization (YPO – Texas Gulf Coast Chapter).

Will enjoys spending time with his wife and three children as well as hunting, fishing, and playing golf. 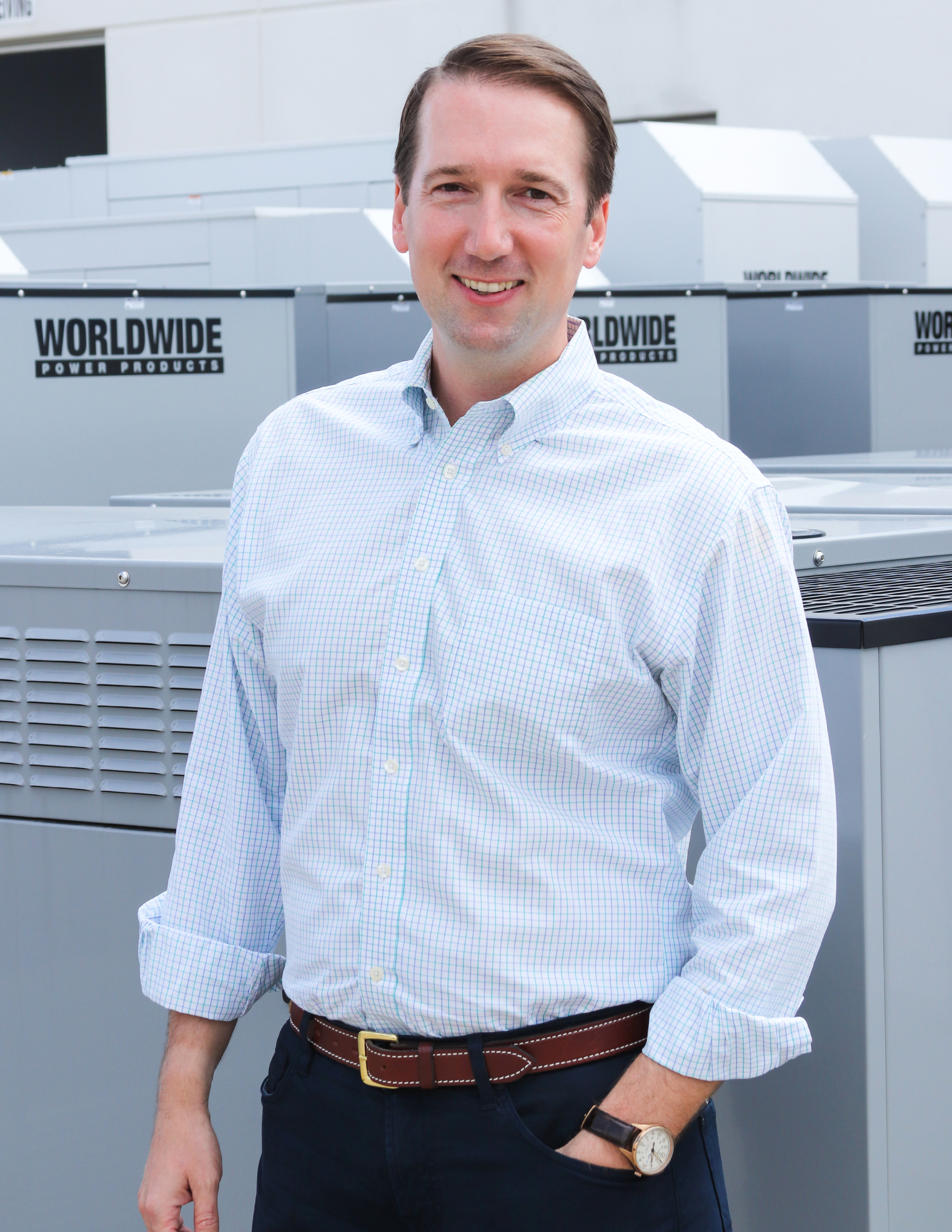 Joe Rausch serves as COO for Worldwide Power Products, joining in 2022.  In this role, Rausch oversees the day-to-day operations across all four WPP business lines: Sales, Rental, Service, and Parts. His primary focus is to support Senior Management by implementing clear initiatives and goals in order to execute the company’s business and strategic growth plans.

Prior to joining WPP, Rausch spent over 14 years with Nabors Industries Ltd., a global oil and gas drilling contractor based in Houston.  During his time at Nabors he held a progression of roles across a broad spectrum of areas including strategic business development; new technology commercialization; and operational management.  Most recently he was Vice President of Service and Rentals within the Canrig Drilling Technologies division, overseeing the company’s field service and equipment rental business with operations in the continental U.S., Canada, and Latin America.

He is affiliated with several industry organizations including previously serving as Board Chair of the Houston chapter of the International Association of Drilling Contractors (IADC).

Mr. Rausch received a Bachelor of Science degree from Texas A&M and a Master of Business Administration from Rice University.

Joe enjoys spending time with his wife and two boys as well as watching sports, fishing, and being outdoors. 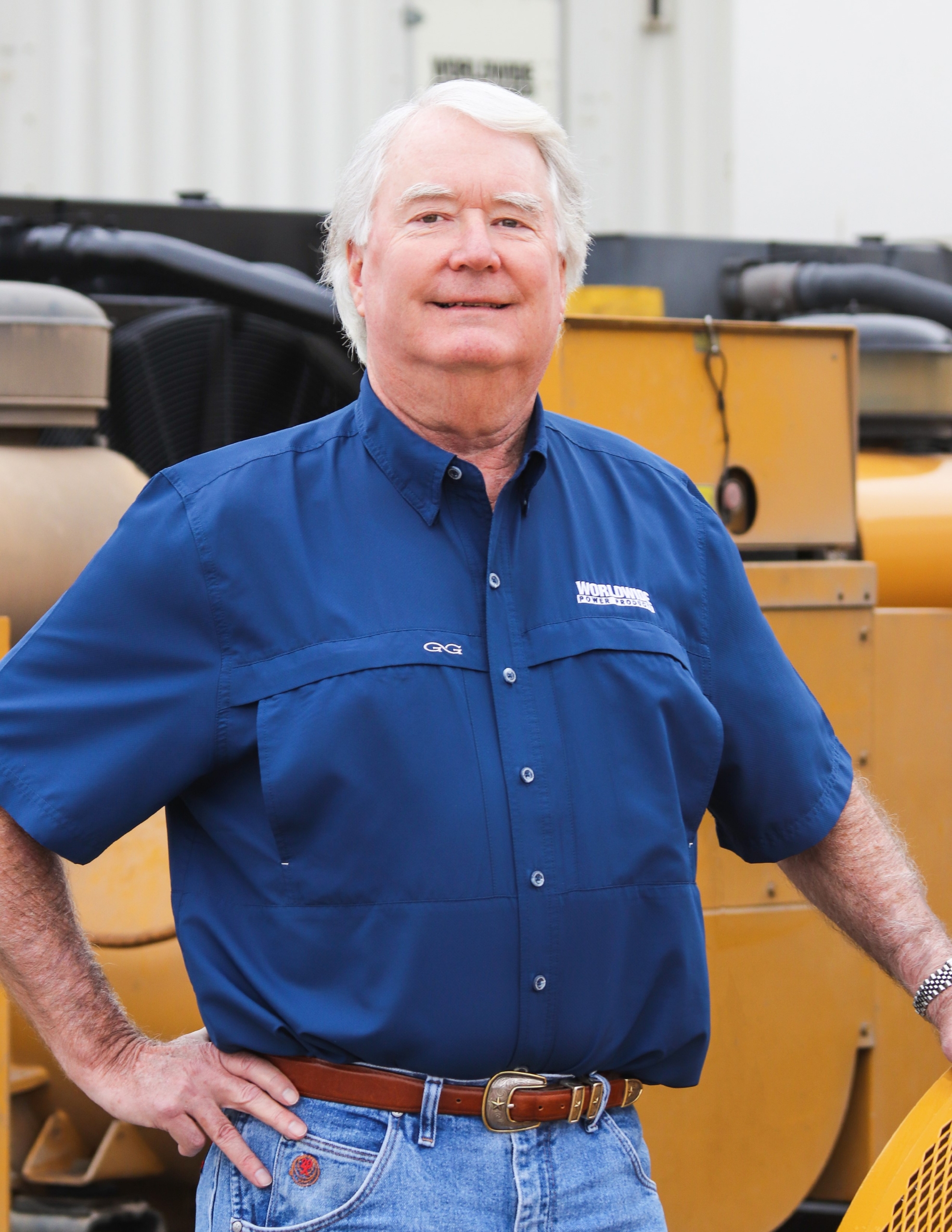 Alec Mize has assisted and advised Worldwide Power Products since 2009, the company’s second year of operation.  He acted as an advisory director for most of that time and further assisted on special projects as needed and as his time allowed.  This activity has resulted in the development of sound, trusting relationships with many of the company’s personnel and an understanding of the management processes and the impact of the company’s growth upon those processes.  In January of 2019, shortly after retirement from the operation of his own companies, Alec joined Worldwide as COO in order to relieve some of the management duties from other senior executives.  Alec retired from the COO position in September 2022 when Joe Rausch joined the team and now acts as a key Advisor.

Alec has extensive experience in all areas of managing rapidly growing small and medium sized businesses, particularly in industries involving skilled labor.  Over the past 35 years he has held significant ownership and management positions in 4 different pipeline construction companies, some of which worked all over the world, performed contracts of up to $100 million, and were among the largest pipeline contractors in the United States.  As opportunities arose, he also started or purchased businesses in related pipeline service fields including cathodic protection, hydrostatic testing and equipment rentals.  As an investor, he has been involved with other unrelated startups including the first on-line defensive driving company in the U.S.  As his companies were occasionally sold, he periodically spent brief periods consulting for long-time business friends and associates, including banks.  His overall experience in strategic planning, general management, project management, and virtually all business and investment aspects of corporate growth is extensive.

Prior to becoming an entrepreneur, Alec spent 10 years with the international CPA firm of Ernst & Young where he was manager-in-charge of international tax issues for the Southwest region of the U.S. at the time of his leaving.

Alec, a native of Ruston, Louisiana, attended LSU (Baton Rouge) on several academic scholarships and received a BS degree in Finance and Accounting.  He has lived in Houston for 45 years where he enjoys activities with his wife and married daughters and, as often as possible,  relaxing “in the country” on weekends. 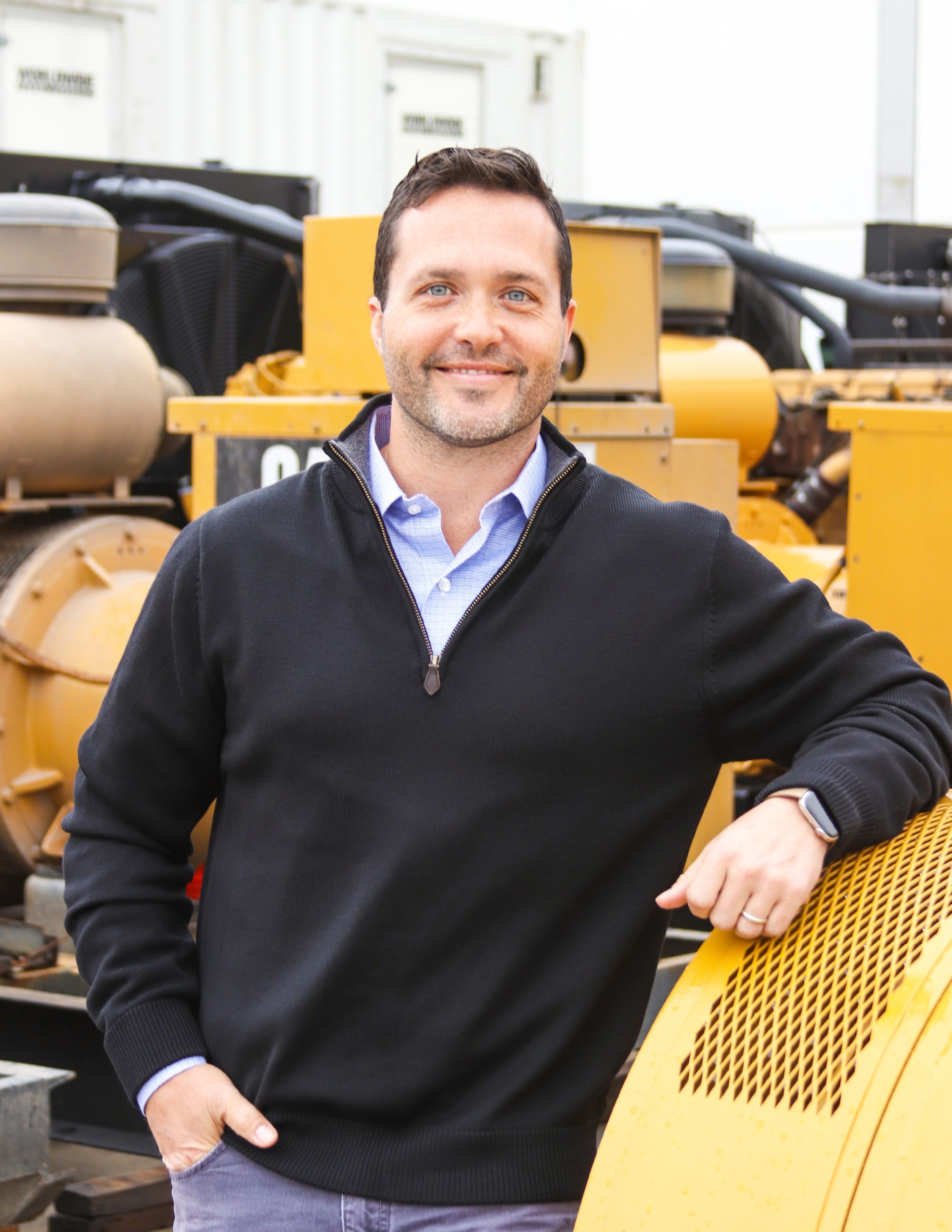 David Vennie is the Vice President of Sales and Engineering for Worldwide Power Products.  Since joining WPP in 2011, Vennie has lead the Sales Division with a focus on custom engineered power solutions.  David also helps drive continuous innovation and improvement in product and service offerings for the company.  With nearly two decades of experience in controls, switchgear, engines and generator sets, Vennie has built a strong team of technical power experts that cover a broad range of industry segments.

Prior to joining WPP, Vennie was Regional Sales Manager at Caterpillar, Inc., where he directed sales of power-generation equipment for the Central Region from North Dakota down to Texas.  And before his time at Caterpillar, Vennie was employed at Siemens Dematic, where he became proficient with programmable logic controllers (PLCs) and began to develop his technical, engineering, controls and troubleshooting skills.

Dave earned Electrical Engineering and BBA degrees from Michigan Technological University. He has contributed time to several non-profits, including Junior Achievement, a youth educator focused on business, and SCORE, a small business counseling service. He is Member of IADC and EGSA.

Dave grew up in Flint, Michigan with three brothers and two sisters. He is married with two boys and enjoys golfing, hunting, sports, and anything that involves an engine. 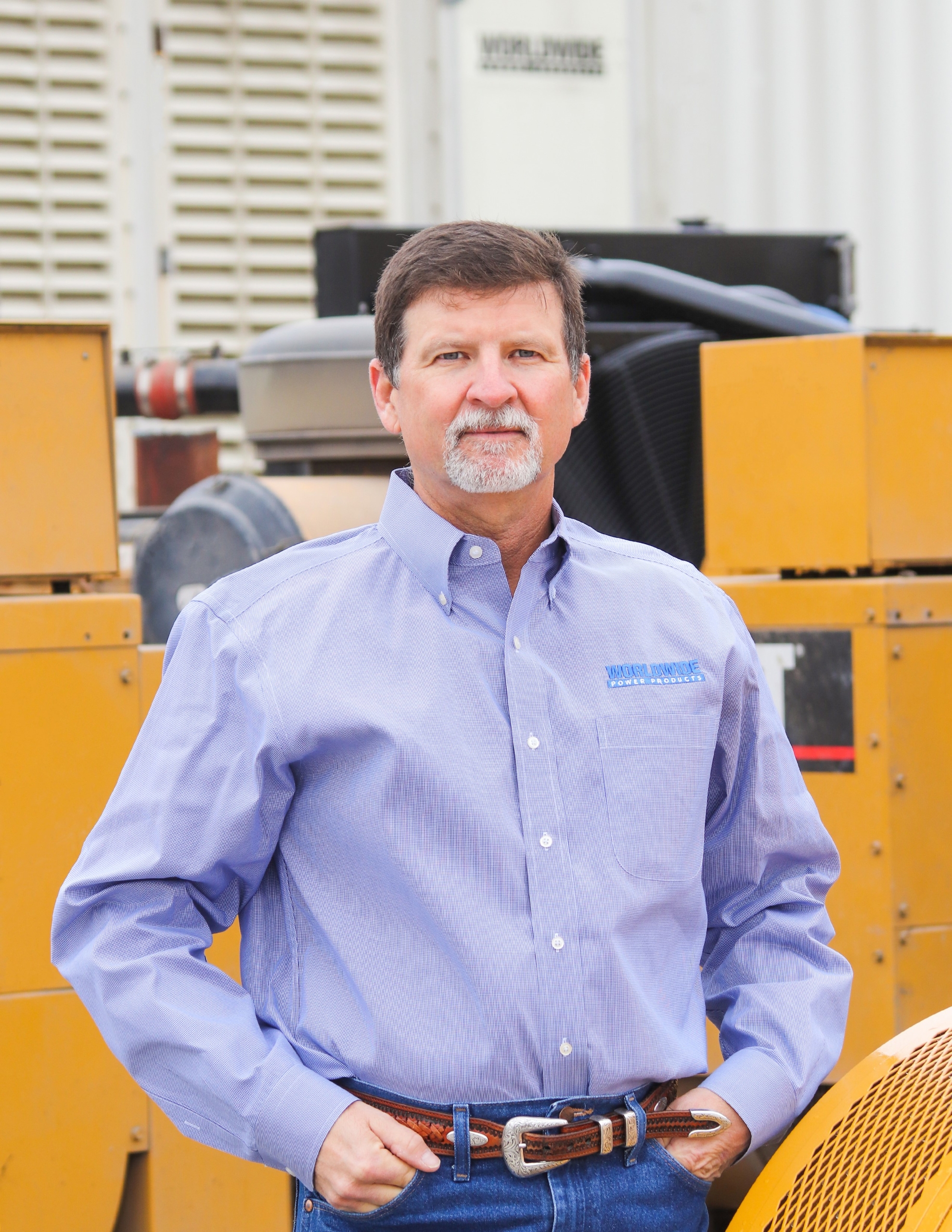 Scott Spidle serves WPP as the Vice President of Service & Business Development.   Spidle oversees the Service Division operations and is heavily involved in developing new business across all four divisions.  Scott wears many hats at WPP, but none more important than serving the customers.  Spidle takes great pride in his work and “bends over backwards” for WPP’s customers to ensure they have reliable power 24/7!

Spidle has more than 25 years of experience in operations and management.  Prior to WPP, Spidle worked for the US Water Utility Group as their Vice President of Texas operations.  Scott’s vast operations experience in the water business helped prepare him for his role at WPP.

Spidle holds a Bachelor’s of Science degree in Agriculture from Sam Houston State University and is a member of the Association of Water Board Directors and the American Water Works Association.  He is married with two boys and two grandchildren.  In his free time, Scott enjoys hunting and doing anything outdoors. 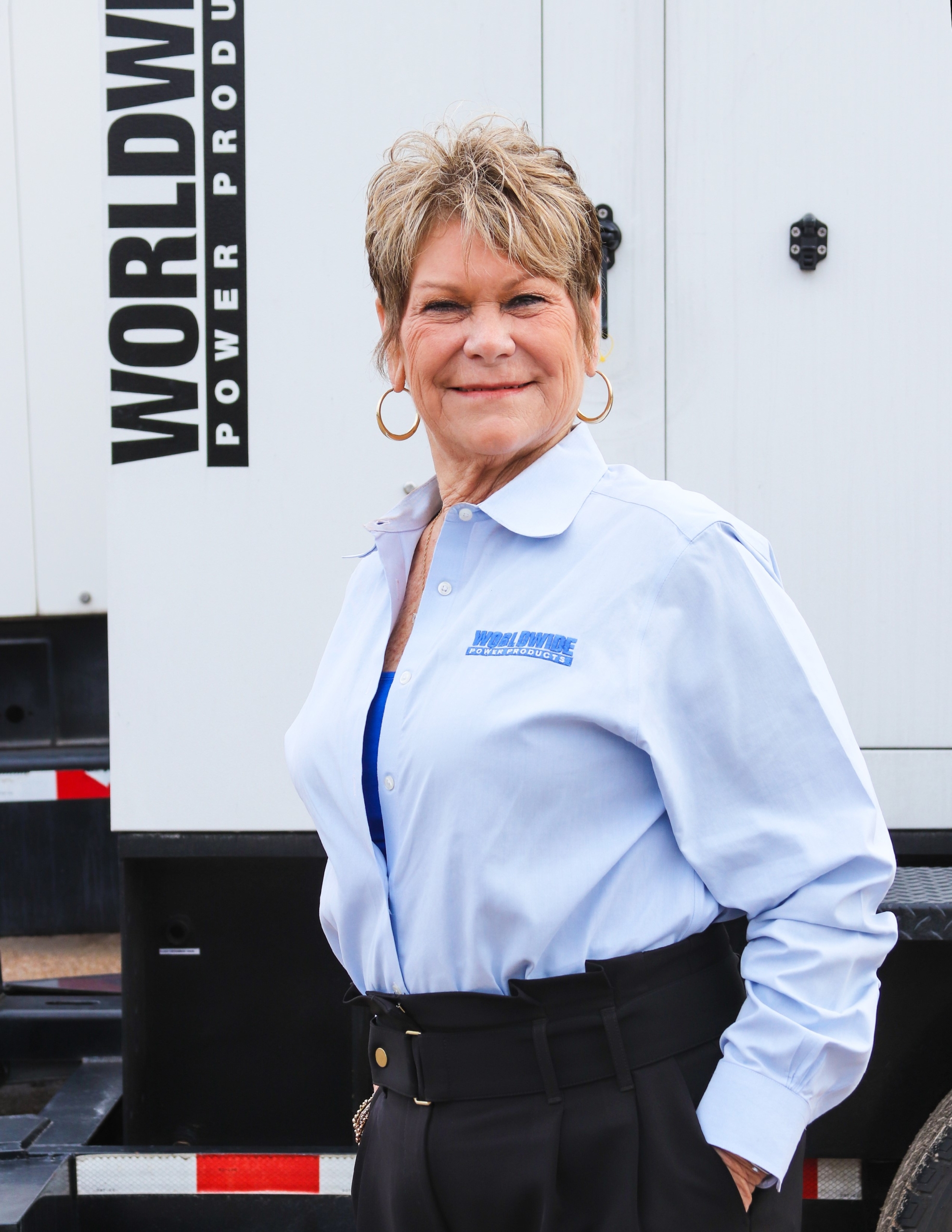 Jeanette was born and raised in Texas and graduated from CCSU with a Bachelor of Business Administration.  She is a member of The American Rental Association (ARA) and the Texas Rental Association and was recently recognized as a “VIP Woman of The Year” by the National Association of Professional Woman.

When Jeanette isn’t playing “Ya-Ya” to her grandchildren, she enjoys hunting and gardening. 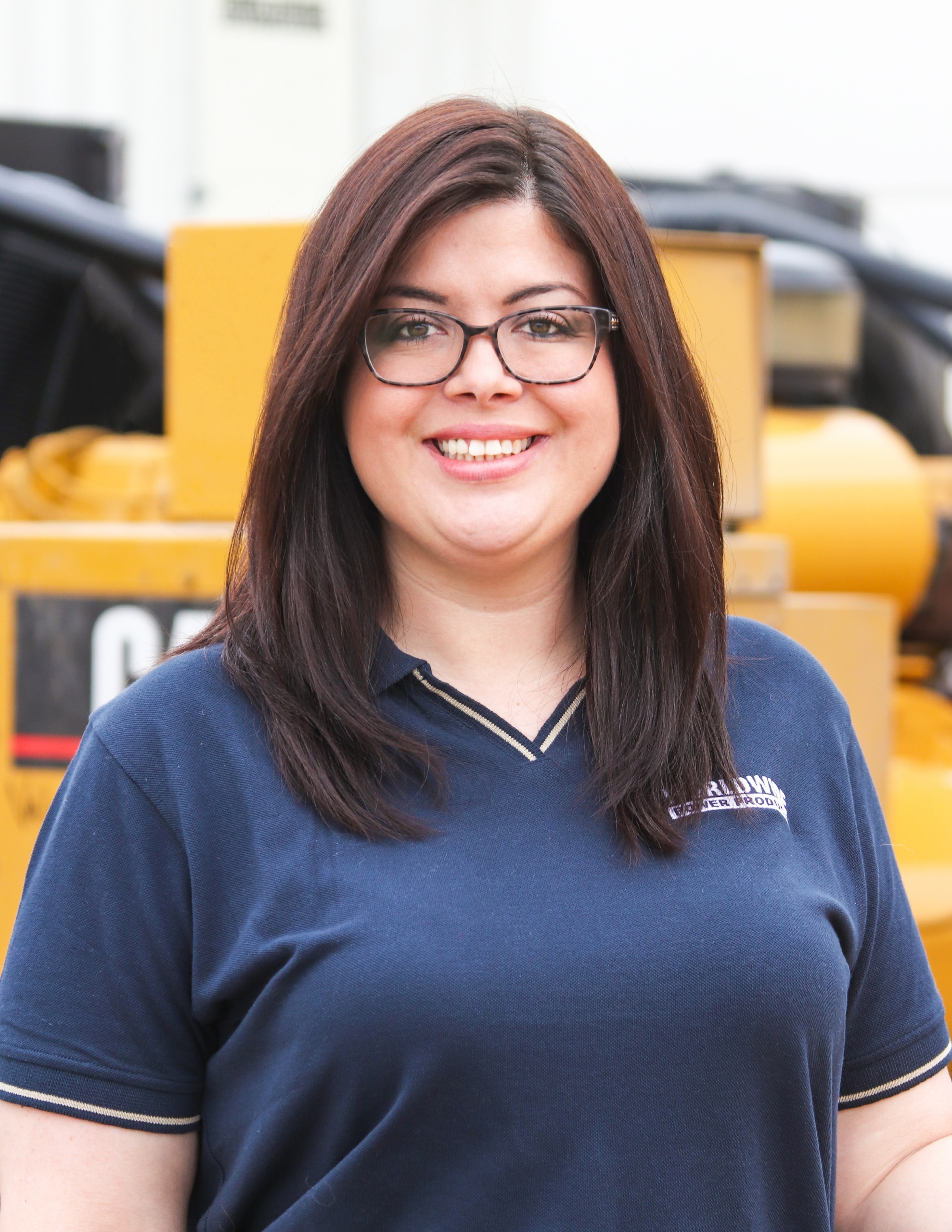 Jacqui joined the WPP team in January 2022 as the Controller.  Prior to joining WPP, Jacqui held various positions in the accounting field, most recently serving as Assistant Controller at Trajan Scientific Americas Inc.  She comes with a strong background in service and manufacturing.

Jacqui is originally from Long Island, NY, and moved to Texas with her family while she was in high school.  She earned her Accounting Degree from Bellevue University in 2016 and is currently pursuing additional accreditations.

In her free time, Jacqui enjoys spending time with her son, cooking, and exploring the Houston area.