You are here: Home1 / A Simple Guide to Generator Engine Parts & Components

Generators are extremely important for a variety of industries in order to provide power to remote and urban construction sites and to provide power in the event of a power outage. To better understand how generators work and the types of generators and supplemental equipment that are available, we’ve put together a glossary of generator parts, systems, and components.

Looking for Generator Parts? We Have Thousands of Parts In Stock & Ready to Ship

Extensive parts for Caterpillar and other major manufacturers. 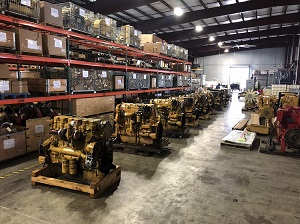 Generators are packaged units that provide electricity via an engine. The engine and various components turn a fuel source into usable electricity for a large number of applications.

The engine is the workhorse of the generator. Generator engines are typically powered by either diesel or natural gas. The fuel turns the engine, and as the engine turns, various components, including the alternator and battery system, turn that mechanical energy into usable electricity for your equipment. The size of the engine typically dictates how much electricity the generator produces. 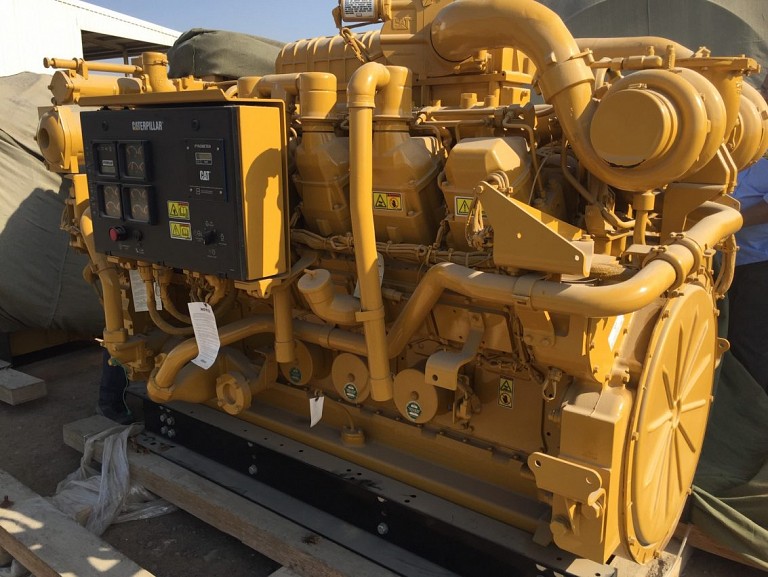 The alternator of the generator is what turns the mechanical energy into electricity. The alternator is connected to the engine’s crankshaft via a belt. As the engine turns, it moves the belt, which turns the rotor shaft. The rotor is essentially a magnet, and the area around the magnet is a conductor, which is called a stator. These components work together to create electricity in the form of an alternating (A/C) current.

The control panel of the generator is the user interface. It allows the generator operator to monitor the various systems of the generator and adjust them as needed. These controls include the amount of voltage produced by the generator, the electrical current, and the frequency of that current. Monitoring of the system is provided by various gauges and displays, and the generator settings are adjusted through a series of buttons and/or switches.

The alternator of a generator produces A/C current. This is not the desired current for charging a battery storage system or operating various machinery. Instead, direct current (D/C) is needed. The voltage regulator controls the voltage of the current and changes it from A/C to D/C current. 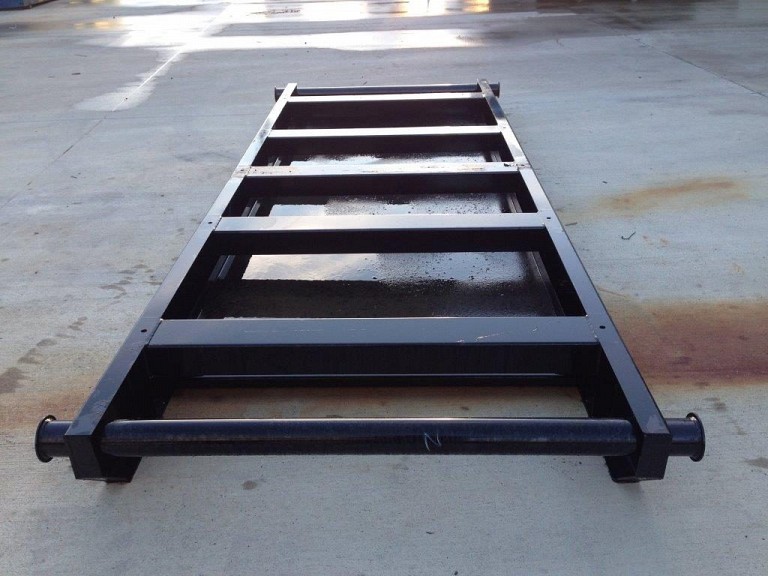 Diesel generator sets are complete generator systems that are designed to be operated with diesel fuel, which is great for remote locations. Diesel generators are reliable, require minimal maintenance, and run efficiently but release harmful gases when burned. Regulations governing emissions have tightened in recent years but advances in technology means diesel can be burned cleaner than previously.

Natural gas generators are designed to run off natural gas, which is great for worksites and construction sites that are located near natural gas lines as they can simply hook up to existing lines. Natural gas units themselves are cheaper than their diesel counterparts but, depending on existing supply lines, installing gas can significantly increase the cost. As they collect gas from existing pipelines, fuel storage doesn’t pose a problem. Natural gas also burns cleaner than diesel.

Portable generator sets are mounted onto trailers for easy transportation to and from various sites. These generators range in size from small 8kW units to gensets with a rating of 2,500+kW. Portable generators can run on either natural gas or diesel.

Marine generator sets are specially built for use around bodies of water that may experience high seas and unpredictable weather patterns. They are designed purposely for use on boats and offshore oil rigs. These generators all meet the strict requirements for marine use.

Diesel engines are built for use in diesel generators. The engine itself is similar to, though slightly more simple than, an engine designed for natural gas generators. The main difference is in the ignition system and components.

In a diesel engine, air is compressed by a piston inside a cylinder, causing the air to heat up (to temperatures  of at least 1,000 degrees Fahrenheit). A mist of diesel is added to the cylinder via a fuel injection system and, as the air inside is so hot, the diesel fuel ignites instantly to help turn the engine’s shaft.

Natural gas engines use a different and more complex ignition system to diesel engines. Here, fuel and natural gas are injected and compressed together, making the air and gas mixture explosive. Spark plugs then ignite the fuel mix to turn the crankshaft.

Marine engines power marine generators and typically run on either diesel or gasoline so ignition systems will differ depending on the fuel source. Marine engines are also designed to operate in maritime conditions. For example, parts are coated in corrosion resistant materials to withstand wetter conditions.

Generators consist of a number of separate parts and components and can be used in conjunction with a range of accessories. Some of these include:

Load banks are recommended for diesel and gas generator systems. They are designed to help test various power sources for reliable operation and electrical current prior to attaching the generator to a real load. They can also help diesel generators during the combustion process in order to ensure all of the fuel is burned. 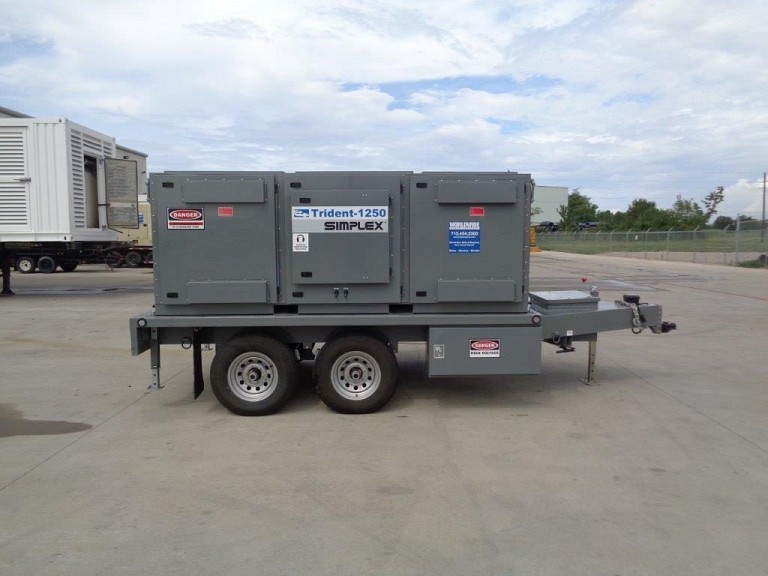 Radiators help keep your generator operating within its recommended thermal limits in order to prevent overheating. 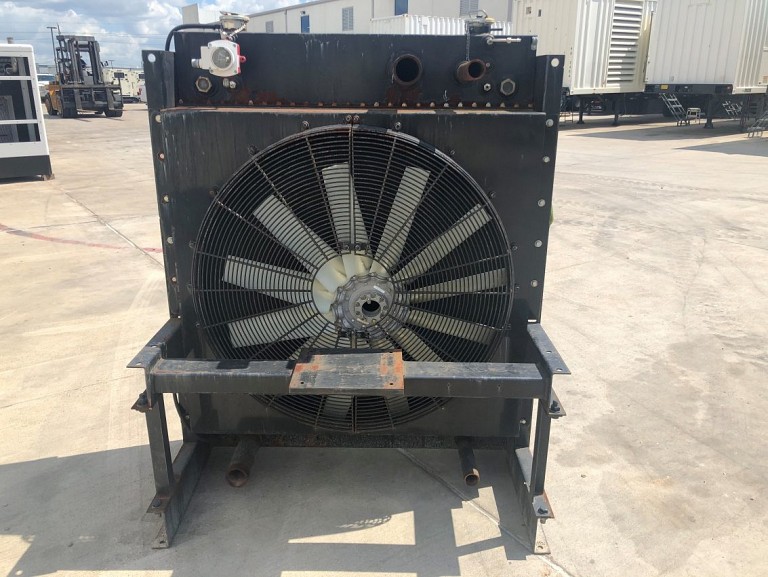 A generator fan and radiator, essential for removing heat from the engine coolant.

Trailer-mounting small and large generators makes transporting the generator a simple task and is helpful for mobile projects (e.g. road or subway construction) and operations with multiple power needs.

Enclosures can help keep your generator safe and protected against the elements. Generator enclosures help with weatherproofing and sound reduction. Weatherproof enclosures are completely water-resistant to prevent water damage and hazardous situations that can occur when water infiltrates an electrical system. Sound-proofing enclosures are great for populated areas where generator noise is not desired.

A walk-in generator enclosure offers more room to maintain and repair the generator inside.

Worldwide Power Products is a market leader in power generation equipment. We carry a large inventory of all the generator parts and accessories you’ve just learned about, as well as a vast collection of inspected and tested new and used generator sets.